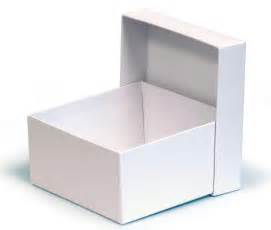 I’ve been trying to write this article for quite a while now. It’s not because I haven’t had the time, I guess my delay is that I’ve wanted to write it in a way that’s not going to offend anyone.

I hear my father cry,

“Is your generations problem!”

And God damnit he’s probably, absolutely, most likely, a little bit, totally right. We live in an all or nothing, go big or go home, multi-cultural society that opens itself to every kind of human as long as your opinions fall within one of two boxes: ‘this box’ or ‘that box’, gone are the days of thinking outside the box or dare I say, speaking, debating, engaging or living anywhere else other than inside your little box; depending that is, on whether you are an habitual offender or a life long devout offendee.

My friend Lynn who is currently completing a PhD whilst allowing me to live vicariously through her, as I go through my ‘mum phase’ and she devotes herself to science and the Great British student stereotype (she is after all drinking for two now), anyway I digress… just the other day Lynn and I were laughing that despite our different life paths we both agreed that we seemed to spend much of our life these days either being preached at (not even to, that would suggest an invite) or having to explain ourselves in order to talk someone down from stoning us even for a simple miss use of tone in a greeting or an ill educated application of an emoji. Our conclusion was simple, by today’s standards no matter who you are or where you go you are considered either one or the other, there are no middle grounds anymore; blurred lines, grey uncertainties, maybes or undecideds are not excepted. Just ‘us’ or ‘them’. Like that episode in friends when Phoebe plays the quick fire answer game with Joey.

“Beard of bees here I come!”

Maybe that’s the issue, we’ve negated thinking and replaced it with prerequisite morals. Our standards set by comforting questionnaire tick boxes to stand by, fiercely defend and hide within.

This winter I’ve thoroughly enjoyed the Christmas period, having retreated into my own family bubble, secretly incubating and focussing on first trimester survival and some valuable one on one time with my little boy. We’ve surfaced only to greet and share cheer with our most nearest and dearest. It’s been lovely, if only slightly tainted by witnessing other people’s bitter rivalry and territorial ‘box’  defending.

In a week where we’ve welcomed a new year, celebrated our 3rd wedding anniversary and publicly announced the pending arrival of boo number two I’ve also seen, read and witnessed:

And then I read this:

A beautiful and yet sad account of one mum’s unsuccessful breastfeeding story. But one that restored my faith in it being possible to favour one camp but respect and/or fall within another. That ideals don’t have to be set in stone and while goals, dreams, plans and even high morals are all admirable, life just happens, out of your control, it can’t be perfectly predicted and therefore nothing is simply black or white somethings are striped or merky and others strobe eractically depending on how the mood or economy takes them. And after all who really wants to live in ticky tacky boxes all looking the same?

Join the debate by commenting below or email us your thoughts: enquiries@booberrit.com