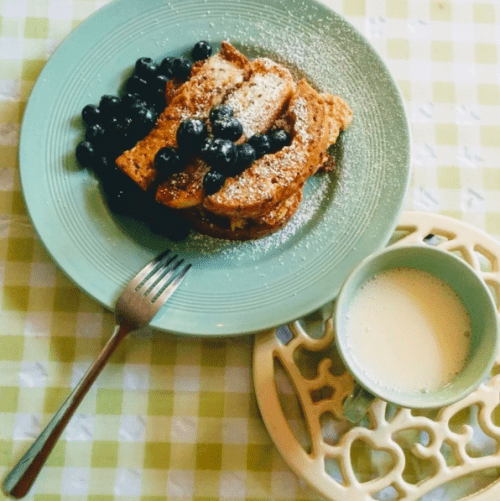 As someone who was born and bre(a)d in the UK, pretty much right up until I was 15 years-old I thought that this snack was called ‘Hairy Bread’, you know because it’s like regular bread, only furrier! It wasn’t until I spent a summer with family in the States that my uncle explained to me (against the protest of my aunt, who is also from the UK) that it was actually called French Toast and most certainly should not be eaten with brown sauce (jury’s still out on that one) but, instead should be fried in slices and served with frosting.

If you liked this recipe and fancy blowing all your sin points why not try Majella Roses’s Manchester Tart Doughnut.