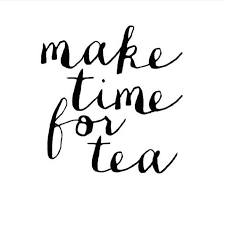 WARNING: YOU MAY WANT TO MAKE A BREW BEFORE READING!

By now you’ve probably noticed a recurring theme of happy food eating and the drinking of anything wet and caffeinated.  So, what better we thought than to dedicate a whole week to drinking tea and treating ourselves to some light bites and sweet afternoon delights.  The things we do in the name of research! Honestly, you’re really, very welcome.

“You can never get a cup of tea large enough or a book long enough to suit me.”
― C.S. Lewis 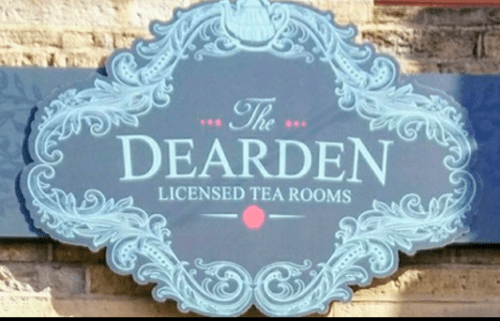 Our first port of call was the Dearden Tea Rooms in Haslingden, somewhere neither one of us had ever been to before and so had no idea what to expect.

Parking was a little difficult but, once inside all was forgiven. Dearden is everything you want a Tearoom to be; romantically vintage and effortlessly accommodating to the great art of tea drinking.  The maze of rooms each boasting fireplaces and antique wonderments were magical and meant even though they were busy you never felt overcrowded. 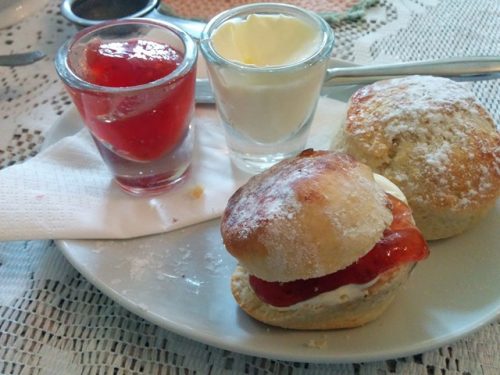 I had the cream tea: A pot of tea with two scones and lashings of clotted cream and jam. 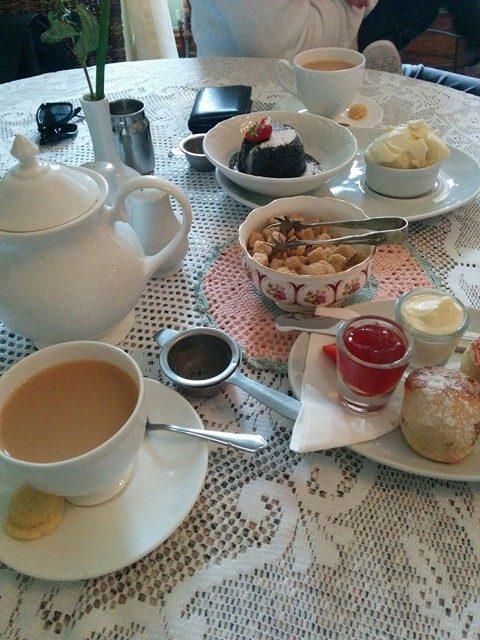 For afternoon tea (which looked absolutely scrumptious) make sure to book a head of your visit as it is not made ad hoc. 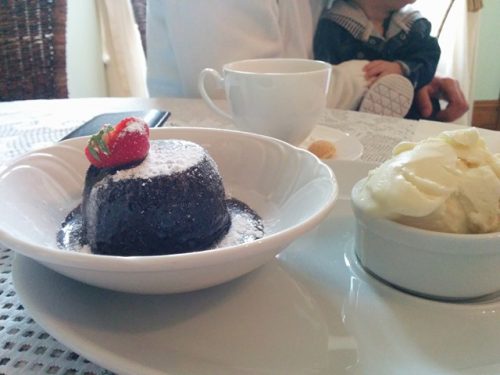 Mr.O had the chocolate sponge pudding and ice cream, I can’t say I was disappointed with my cream tea because I scoffed it down faster than, well me eating cake (I’m undefeated) and it hit all the yum spots.  However, I have to admit it took all my will power not to reach over and (for want of better phrasing) face plant his pudding! 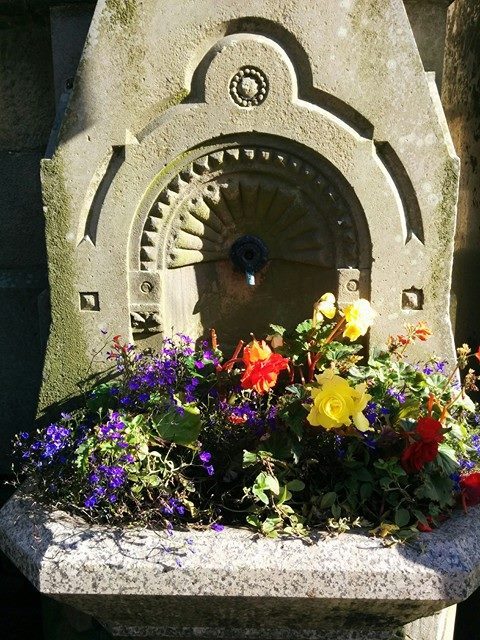 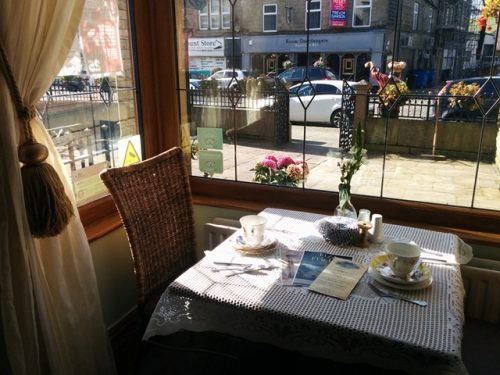 “There are few hours in life more agreeable than the hour dedicated to the ceremony known as afternoon tea.”
― Henry James 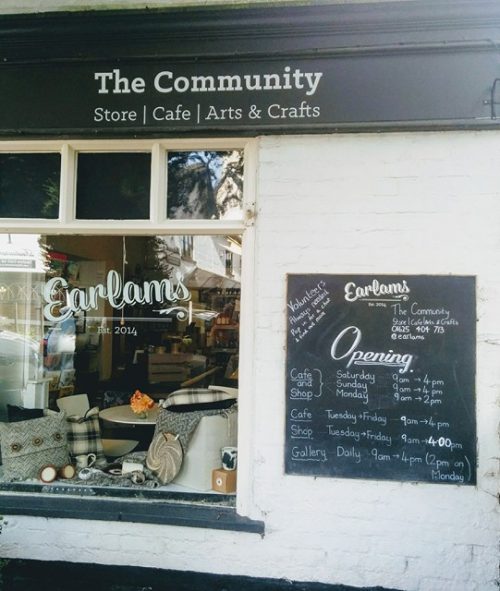 Earlams community cafe in Styal, established 2014.  Hearing the story behind this cafe made me feel very proud to be living in the North West and even more intrigued to go visit. In the face of adversity this village came together and showed the true meaning of the word community. 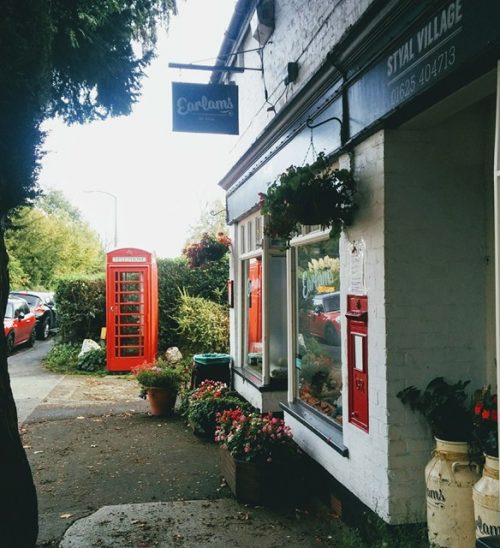 After multiple robberies, what was originally the village Post Office & shop had to close as it could no longer sustain itself.  This left the locals with a real dilemma and a hole in their community, for they no longer had anywhere local to pick up a pint of milk or send off their post.  Emergency meetings were called and a fantastic idea of turning the old Post Office into a self sufficient cafe were conjured with locals offered the chance to not only buy shares in the business (with an equal vote no matter the amount of shares you held) and have a say in it’s running.  Those who could not purchase shares could still be involved through volunteering and taking part in its management and maintenance, making everyone in the village an equal share holder in this iconic establishment.  All staff working here live locally and give their time for free! What a beautiful story, and you thought this was just an article on tea. 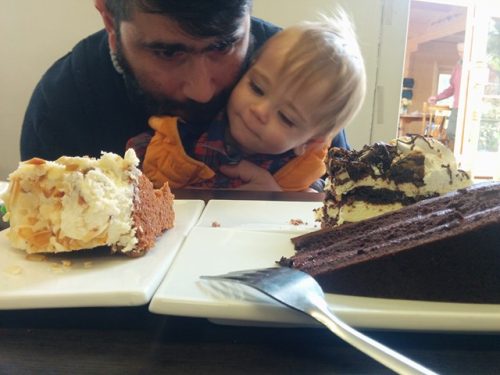 Using our pint sized companion as a good excuse to order as many pieces of cake as we were humans, we attempted to wash down three whole pieces of their gateau (1xCarrot, 1xChocolate & 1xWhat I think was Rocky Road) with a large pot of tea.  We were however, defeated. The cake slice portions are huge (great value for money) and so rich even our well practised tummies could not fit in all those calories although, we had a good go at trying. 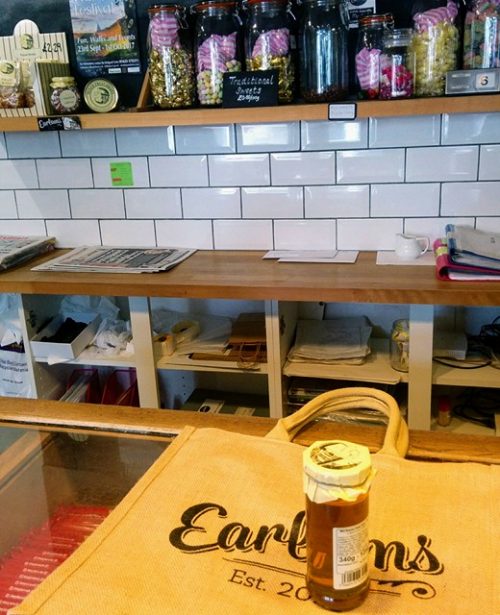 Step outside the back to discover Earlams newly refurbished outdoor dinning area,  step back inside and make your way through the convenience store packed to the rafters with everything a traditional, British, village store should have and go upstairs to find the hidden gem that is their art gallery.

We couldn’t quite stretch the purse strings to a new piece of artwork but, we did treat ourselves to a nice jar of honey and an Earlams hemp bag. 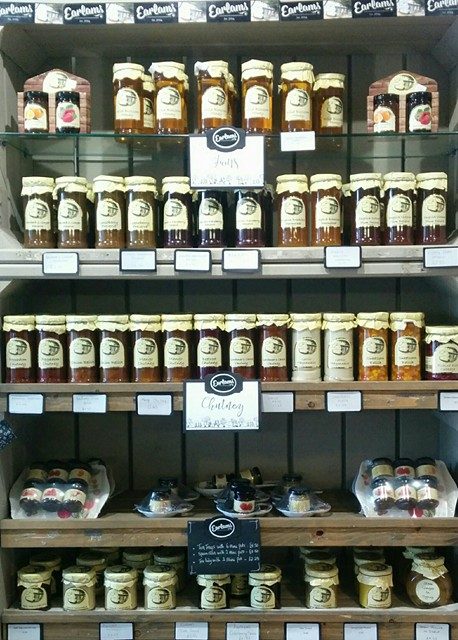 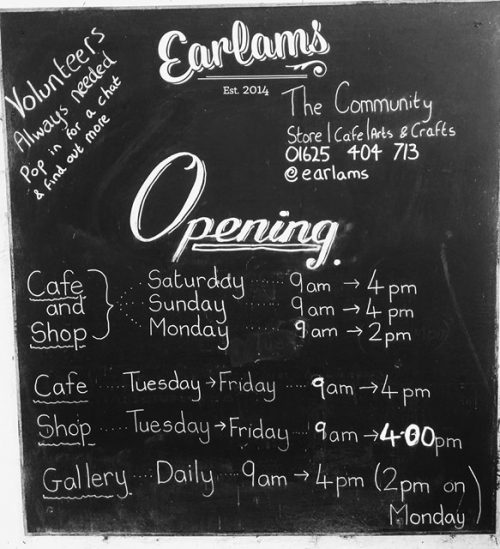 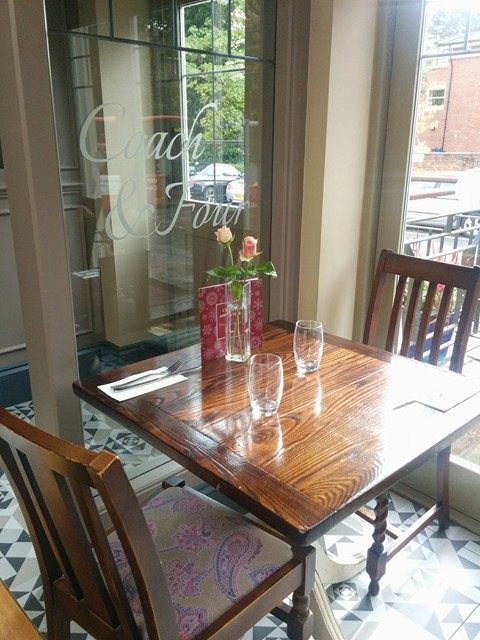 Winner of the best managed pub of the year and purveyor of the Sunday Roast Sub: The Coach & Four in Wilmslow. 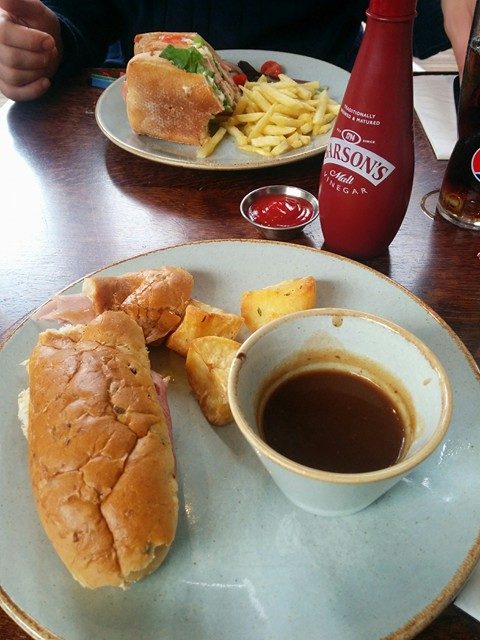 We just popped in for some light lunch before a mooch of the village.  We each ordered one of their subs which came with a choice of chips or roast potatoes. 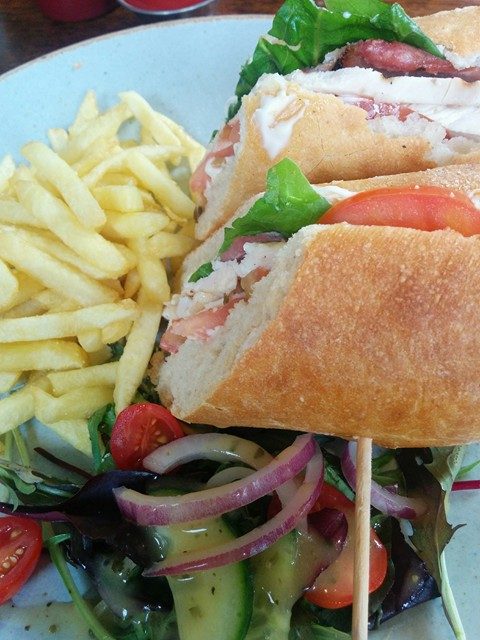 The food was delightful and the service very attentive.  As a family they made sure that we were all accommodated for and despite it’s glossy interior we all felt very welcomed, something I always appreciate when dinning out with a one year old in tow. 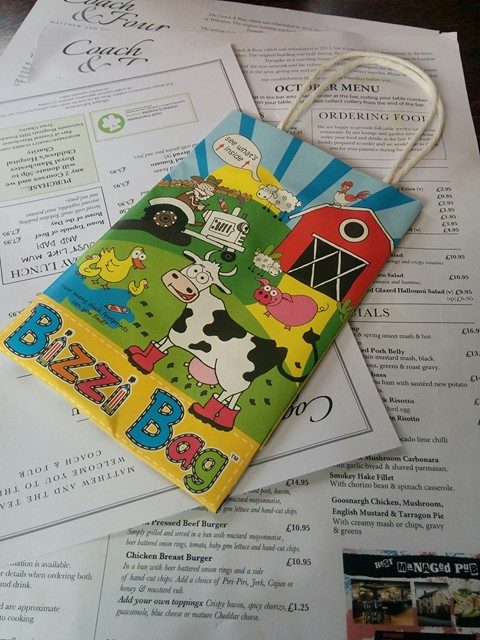 We will definitely be back for date night, minus the little man and the need for their fun Kid’s Activity Pack!

“Tea … is a religion of the art of life.”
― Kakuzō Okakura, The Book of Tea 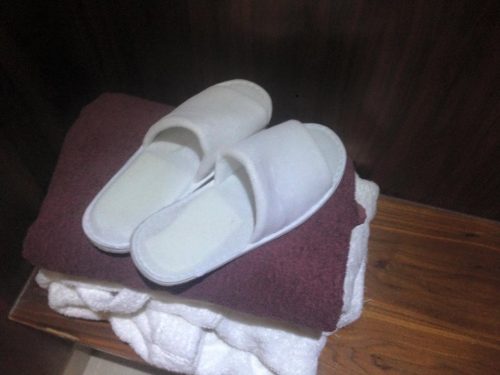 We went rogue on this one and dropped the bae off at Grandmas before heading off for some afternoon tea and therapy at Formby Hall Golf Resort & Spa in Southport. 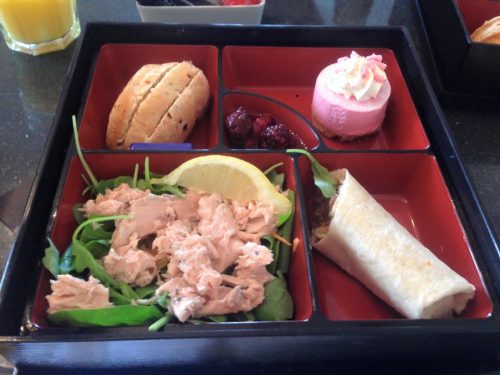 We booked ourselves in for a light lunch and tea for two with the added luxury of some very relaxing treatments. 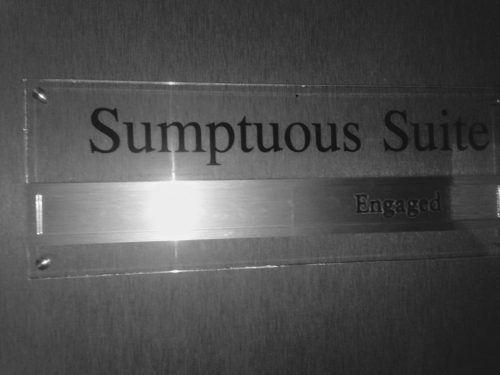 All year I’ve been desperately trying to get the idea of tea being relaxing out of my head, as drinking a cuppa with a rug rat knocking about is anything but.  Formby Hall changed my realitea, if only for a day! 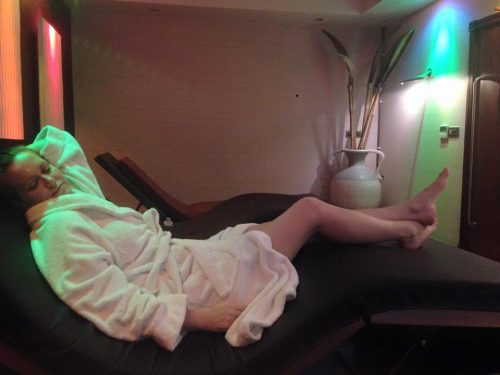 We had to get back to real life and rescue Ma-ma from the little man however, it is also possible to book an over night stay (hint hint Mr.O 3rd wedding anniversary, just saying) at the Formby Hall Hotel with full access to the spa and giving you more time to sample their chocolate box of treatments. 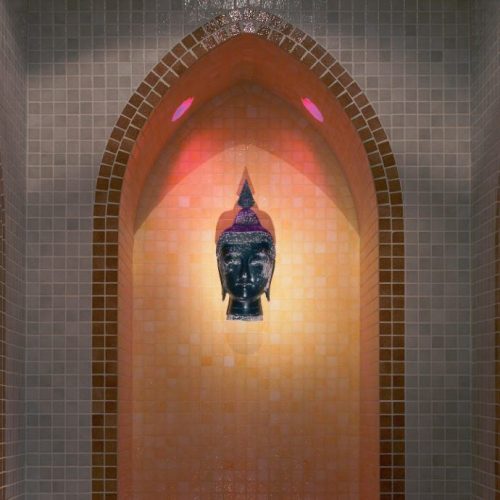 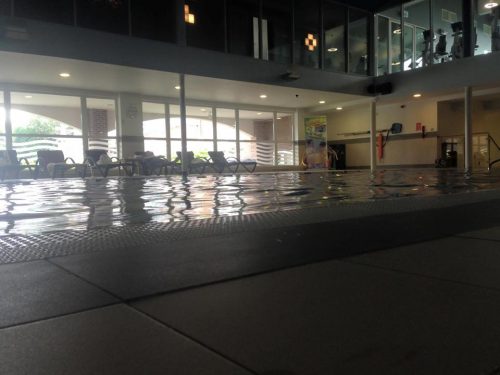 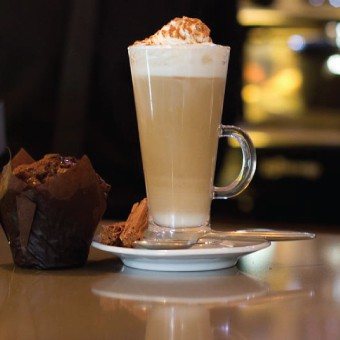 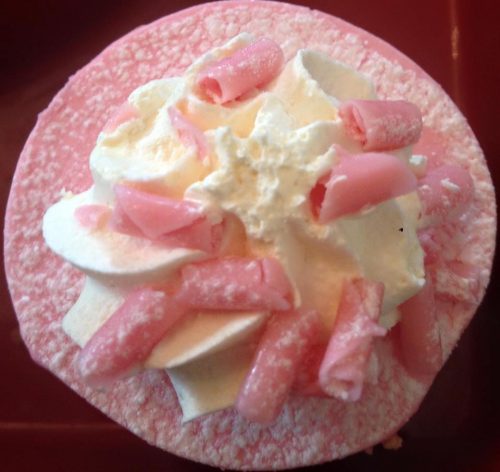 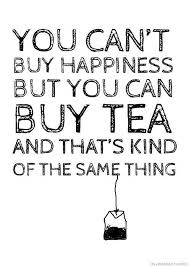 For a list of places to drink and dine near you email us: enquiries@booberrit.com